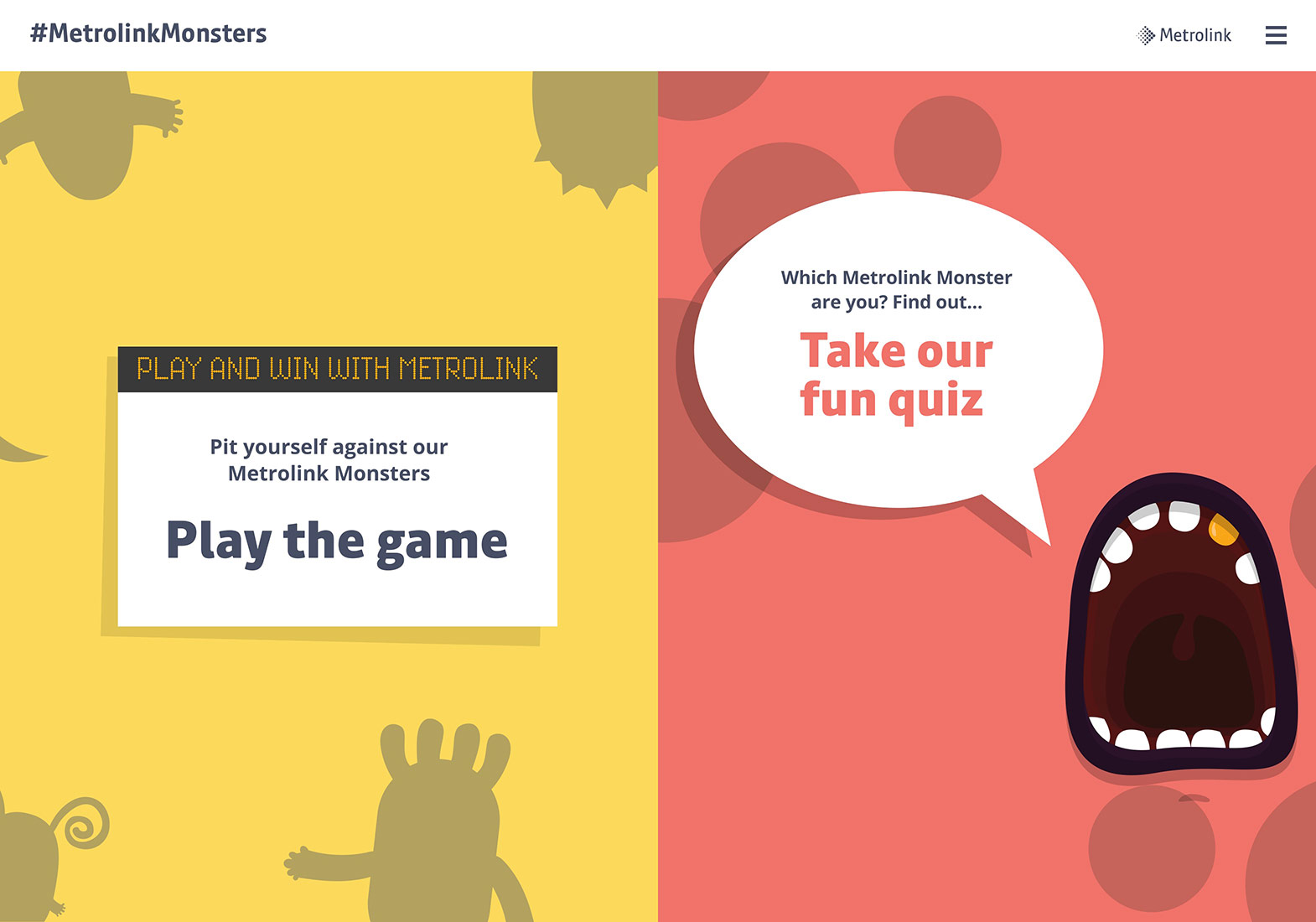 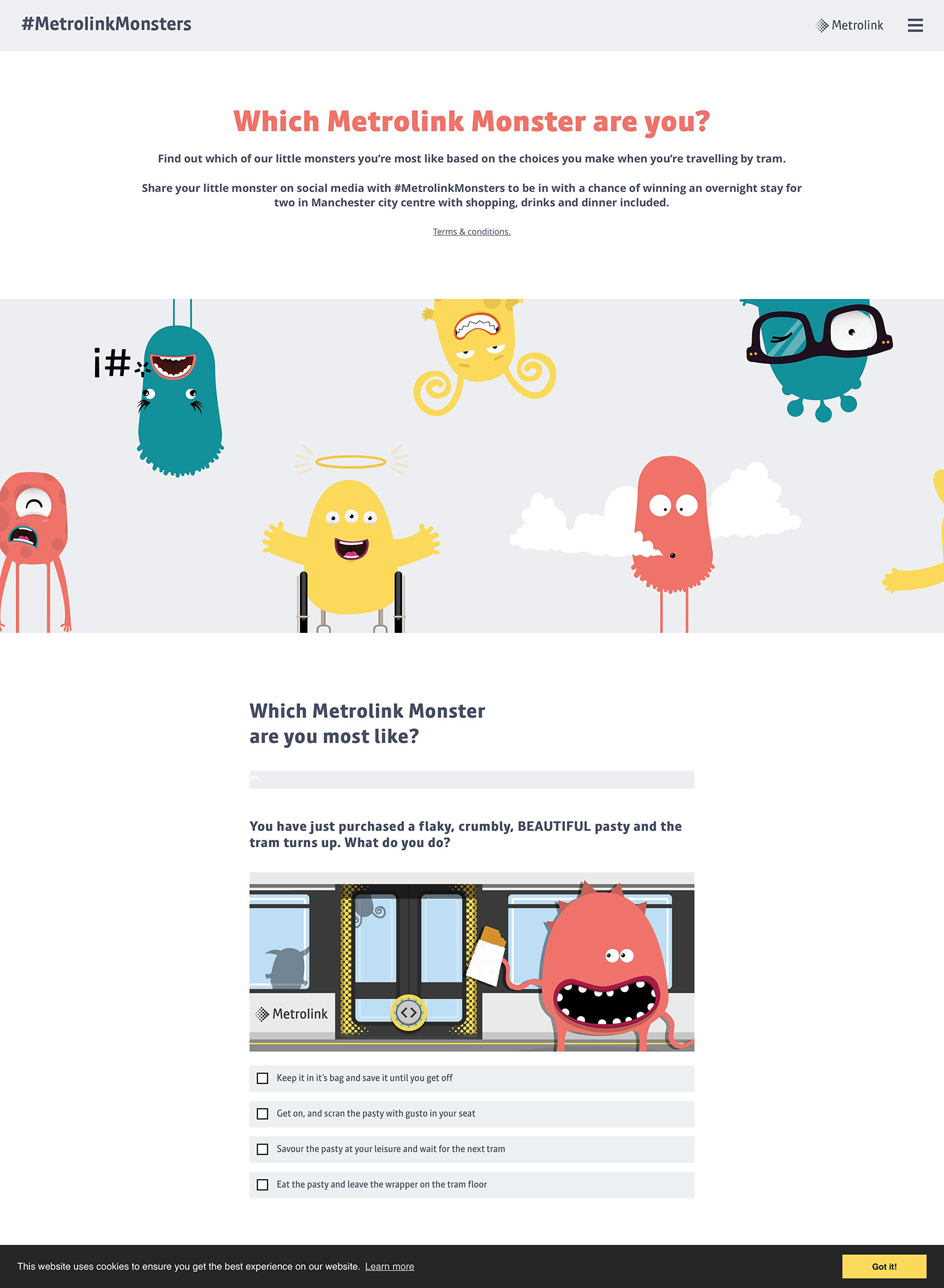 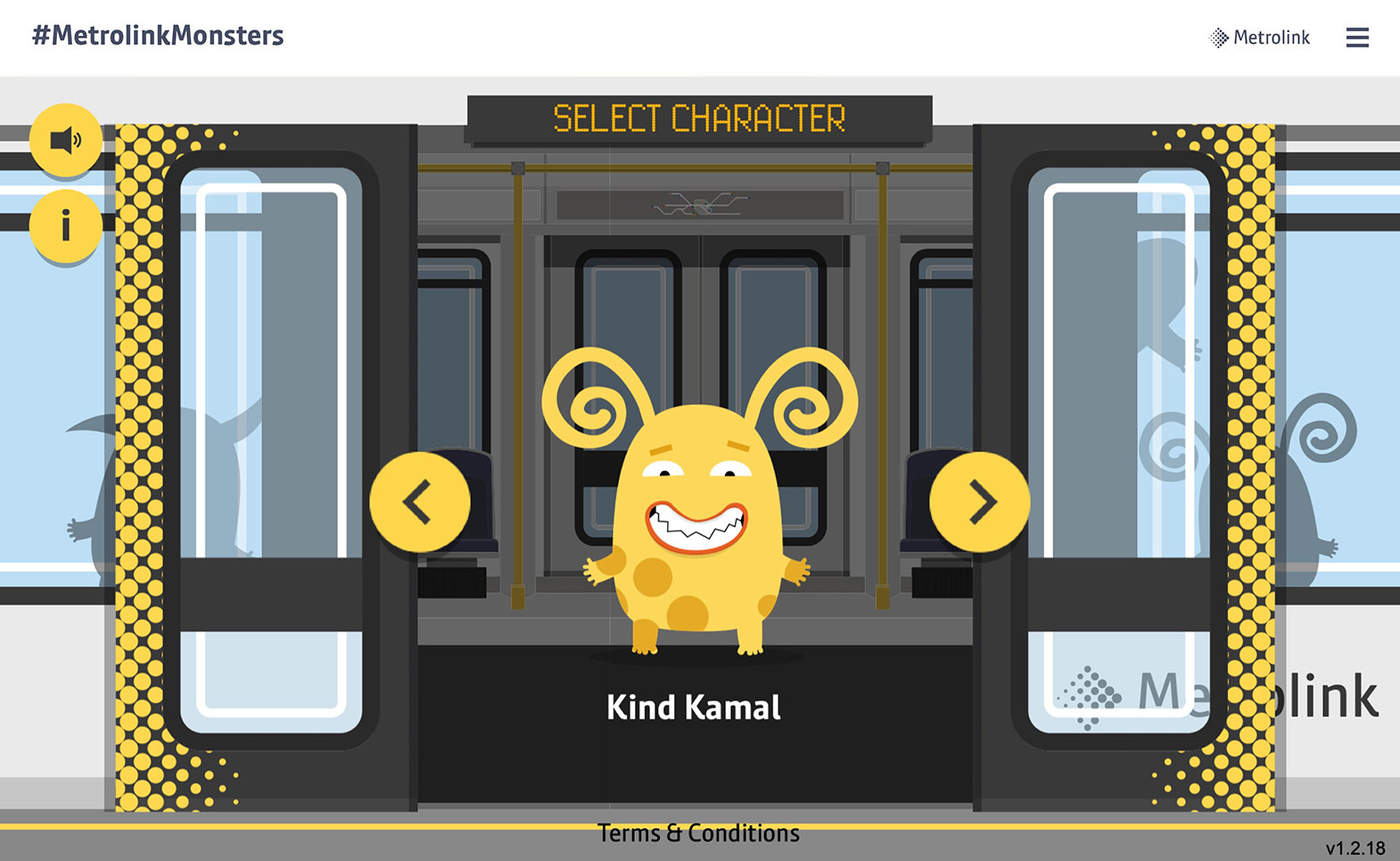 A gaming experience with Metrolink Monsters

To engage users, we created a microsite that hosted an animated game, interactive quiz and information about the campaign.

With high-resolution animation, site speed was essential for ensuring high engagement with the gaming functions.

Engagement with the site from users was high, with a substantial dwell time and total gameplay time of 297 days, 2 hours, 57 minutes and 52 seconds for over 100k users within 12 weeks of launch.